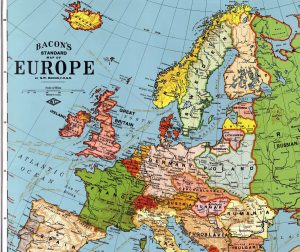 Students from these different schools come to work together on a Big Band project. About twenty musicians then meet around the work of the guest artist. This year, Pierre Drevet, a brilliant French trumpet player and composer, will have the pleasure of leading the European Big Band in March. After a week of residency at the CMDL they will perform Big Valses …! at Bal Blomet (Paris 15) on March 20th and at Espace Nino Ferrer (Dammarie-lès-Lys, 77) on March 21st.

Master class of foreign teachers, for another approach to jazz

On the other hand, teachers from these renowned schools are invited to the CMDL to share the fruit of their experiences with their students. Jakub OLEJNIK of The Karol Lipiński Academy of Music (Wrocław, Poland), conducts the double bass class, Bendik HOFSETH of the University of Agder (Norway), the saxophone class, Andreas KISSENBECK of the Munich Hochschule für Musik und Theater ( Germany) meets the pianists, Jan DE HAAS from the Royal Conservatory of Antwerp (Belgium) the drummers and Nick SMART from the Royal Academy of Music in London (UK) take care of the trumpet class.