Posted at 15:48h in MASTERCLASSES by cmdl
0 Likes

The CMDL is pleased to welcome once again, Perico Sambeat. While touring with his new project Flamenco Cuarteto, he’s coming to CMDL to the students, accompanied by a trio of amazing musicians: Albert Sanz, Miquel Álvarez, and Sergio Martínez. 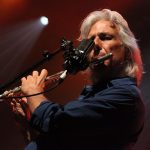 Spanish saxophonist, flutist, clarinetist but also a great composer and arranger of jazz, Perico Sambeat combines the repertoires of jazz and flamenco music with which he explores new paths. He gained his prestige thanks to an extraordinary professional career, more than twenty published works and over a hundred collaborations with Pat Metheny, Fred Hersch, Brad Mehldau, Mark Turner, Steve Lacy, Michael Brecker, Maria Schneider, Kenny Wheeler and more. He led the European Big Band at the CMDL in March 2018 and has collaborated with CHARLIER / SOURISSE on several projects. 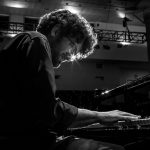 Albert Sanz was born in Valencia, into a family of musicians. Her mother is the great singer, composer and actress Mamen García and her father is Josep Sanz, conductor, classical pianist and composer. Missing the music is therefore impossible for him and his progression is dazzling: he becomes at 18 the pianist of the European Youth Orchestra (EUYO). As a coleader, he recorded, with David Mengual (cb), Des D’Aquí which is designated in Spain as best jazz record of the year 1998. Two important records mark the last years. One, En la imaginación, with the singer Silivia Perez Cruz and the bass player Javier Colina; the other, O que Sera, in trio with the drummer Al Foster. 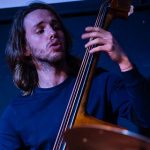 Miquel Àlvarez is a young Spanish bassist and double bassist known for his eclecticism and his mastery of jazz, flamenco, rock or classical projects, with national and international formations. In the field of jazz, in addition to having participated and winning several international festivals and awards for Europe, Miquel Àlvarez has collaborated with prestigious artists such as Perico Sambeat, Javier Vercher, Enrique Oliver, Iago Fernandez, Marc Miralta and Ernesto Aurignac. , Santi Colomer, Jaume Llombart, Carlos Falanga, Marco Mezquida, Eladio Reinón, Dani Pérez, among many others. 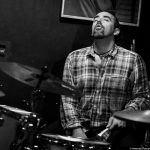 Internationally renowned flamenco percussionist and drummer Sergio Martínez has collaborated with many artists such as Enrique Morente, José Mercé, Diego El Cigala, Niña Pastori and Pepe de Lucía, among others. He has performed and composed for some of the most important dancers, including the National Ballet of Spain, with whom he has performed as a soloist with the Cajun National Orchestra of Spain at the Royal Theater of Madrid. He has recorded many albums, with the flamenco flutist / jazz Jorge Pardo and singer-songwriter Paul Simon for example. As a teacher on the Berklee campus in Valencia, he works with the Berklee Global Jazz Institute and participates in the Berklee Valencia Outreach program.